A 7mm scale (O Gauge) model of one of the 0-6-0T locomotives that were built by Kerr Stuart and Co. of Stoke on Trent in 1917 for the Inland Waterways And Docks Department and referred to as the 'Victory' class by the makers.  There were only minor differences between the twelve locomotives but the most notable occurred on the final two examples, which had steel rather than wooden-faced-with-steel buffer planks and taller cabs.  At the end of WW1, the locomotives were sold off to minor railways, collieries and docks; No. 19, which was the eleventh example and the subject of my model, was sold to the Lambton Hetton & Joicey Colliery Railway where its cab was 'rounded off' to enable it to work down the narrow bored tunnel to Lambton Drops (coal staiths) at the Port of Sunderland.  It became the railway's No. 41 and it retained this number until was scrapped by the National Coal Board in 1964.  I describe here how I reworked a model of  a model of a Victory class by Minerva Model Railways into No. 41. 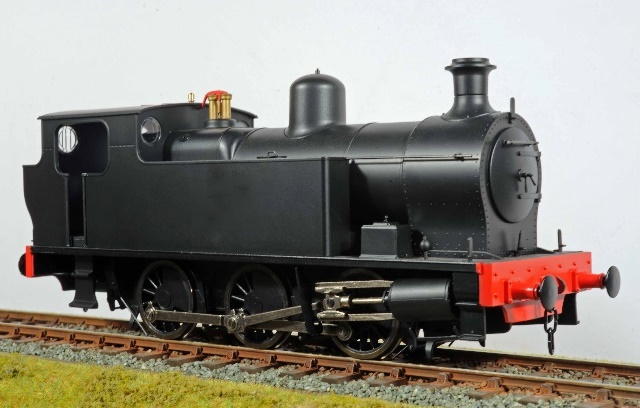 Although No. 41 no longer exists, the cab of No. 29, an 0-6-2T built by Kitson and Company of Leeds in 1904, was similarly profiled and it is preserved on the North Yorkshire Moors Railway.

No. 29 on the North Yorkshire Moors Railway​
(Source: Wikipedia)

Having cut off the representation of the buffer planks, the frame overlays need to be extended by the equivalent amount at the rear with a simple cut-and-shut.  At the same time, I took the opportunity to add some detail to the steam brake on one side and to make a more realistic representation of the hand brake operating crank and spindle to replace the plastic component that was a bit distorted. 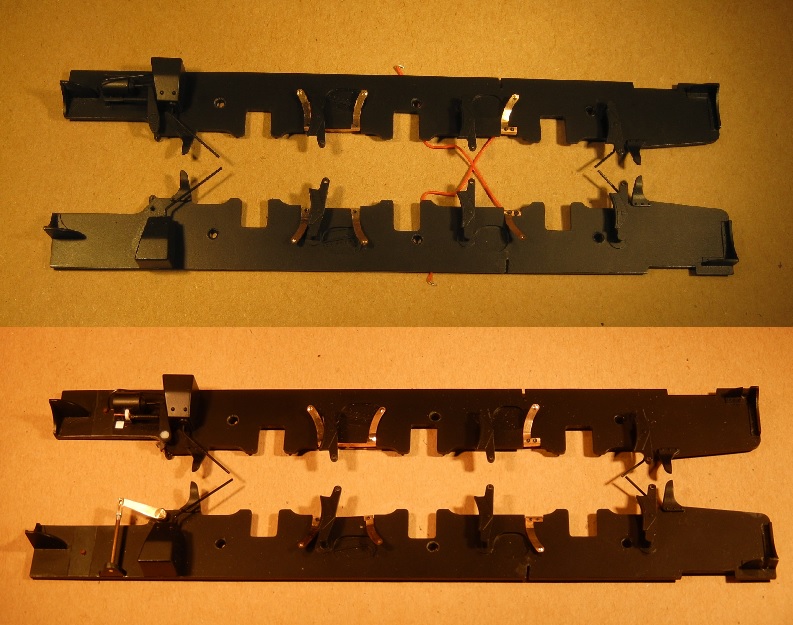 Frames before (above) and after extension 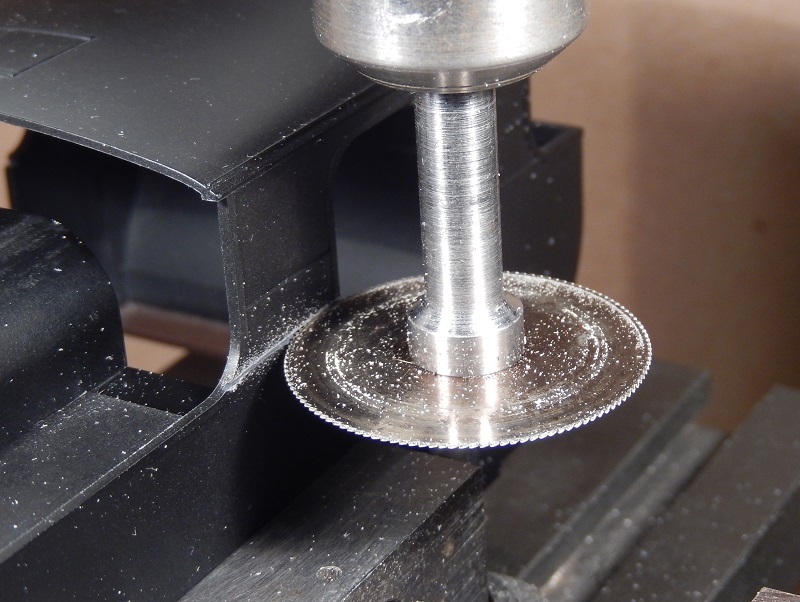 No going back now.

To measure up and fit the new upper part of the cab, I need to reassemble the major parts of the loco to create a KS Victory Cabriolet: 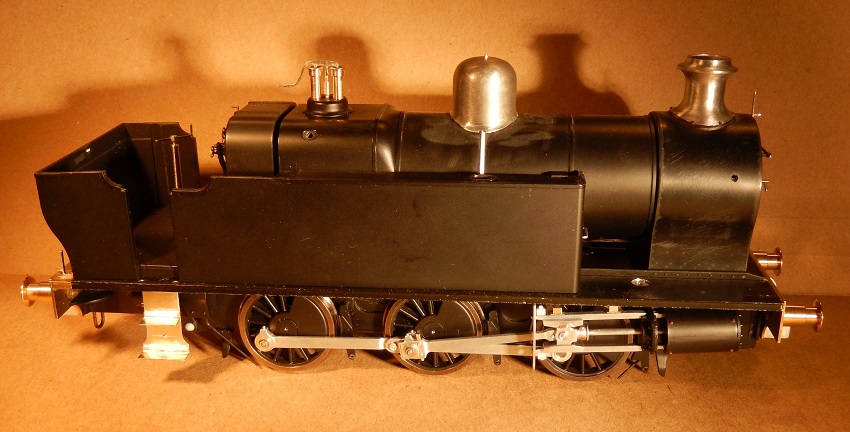 As was planned (and hoped) the assembly slid back into place on the bunker and tanks and … ta-da … a Victory with a rather different looking cab.

With last of the tasks ticked off from my list, No. 41 went off to the paint shop. However, before that, I put in place nearly all the loose bits that will not be permanently attached until after painting and took these two photographs for the record. 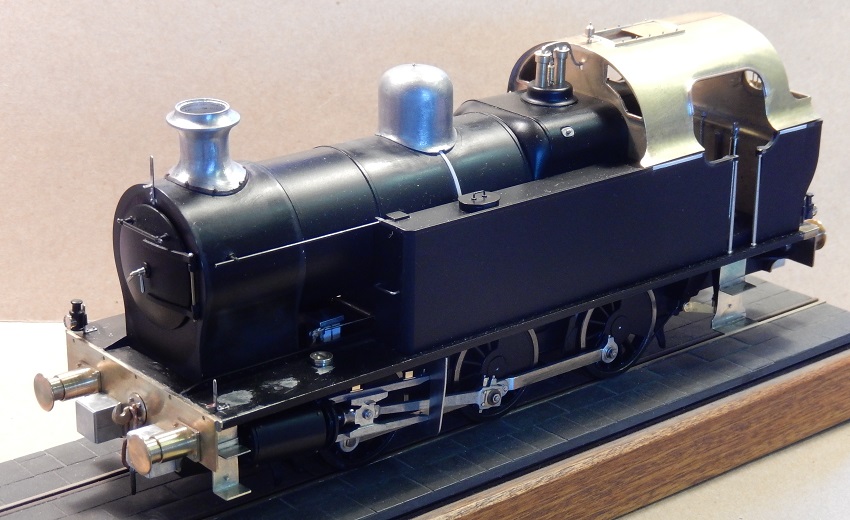 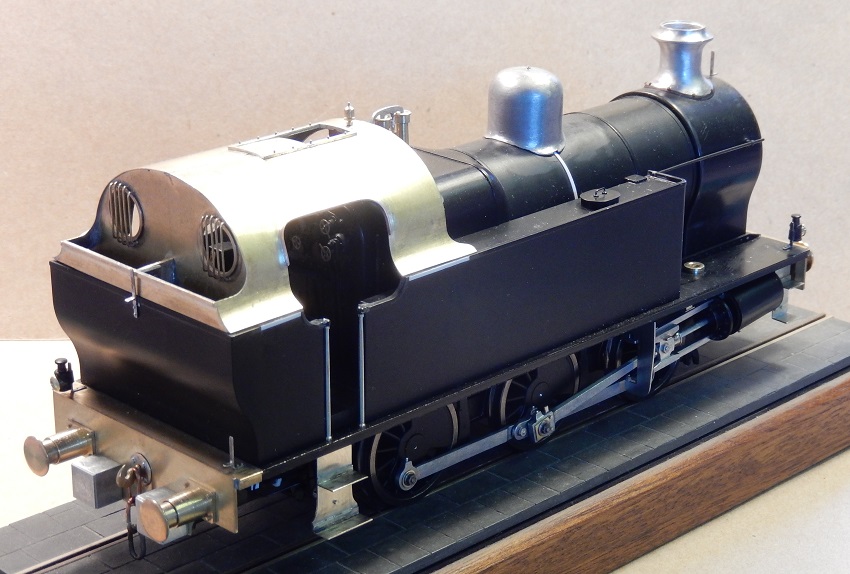 All went well spraying the many component parts in the paint shop but, although I have tackled involved lining before (eg Humber), I came unstuck on the first tricky part here: lining the cab, bunker and tanks. In the event, my good friend Paul Moore, who paints and lines professionally, kindly offered to take on the job for me.  My original plan had been that, having completed the lining, I would add the lettering by modifying commercial transfers, altering the outlines slightly and touching in.  Paul elected to take the same route but has made a far, far better job of it than I ever would; thank you, Paul! 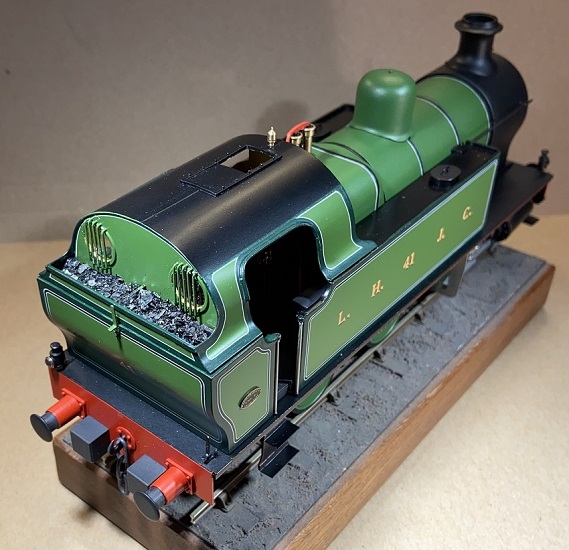