A 7mm scale (O Gauge) model of Warwick Castle, an early member of the Great Western Railway castle class of locomotives, built in March 1924 and withdrawn in January 1963 (more details of the prototype Warwick Castle).  The model was built using most of the parts form a Malcolm Mitchell kit (and later marketed by Just Like The Real Thing but not currently available) but with many scratch built details and modifications, such as 'working' valve gear (see the video clip of the inside Walschaerts valve gear), which required a significant redesign of the frame assembly.  The internal parts of the valve gear (including the con-rods, eccentric rods, die blocks and the cranked axle) were made from scratch.  The locomotive and tender are fully sprung and electrical pickups were added to the tender wheels to improve current collection; the bogie has prototypical vertical, lateral and rotational springing. 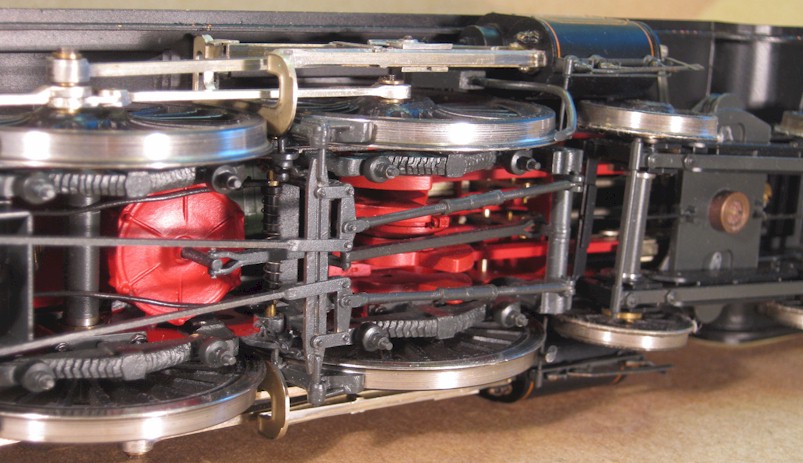