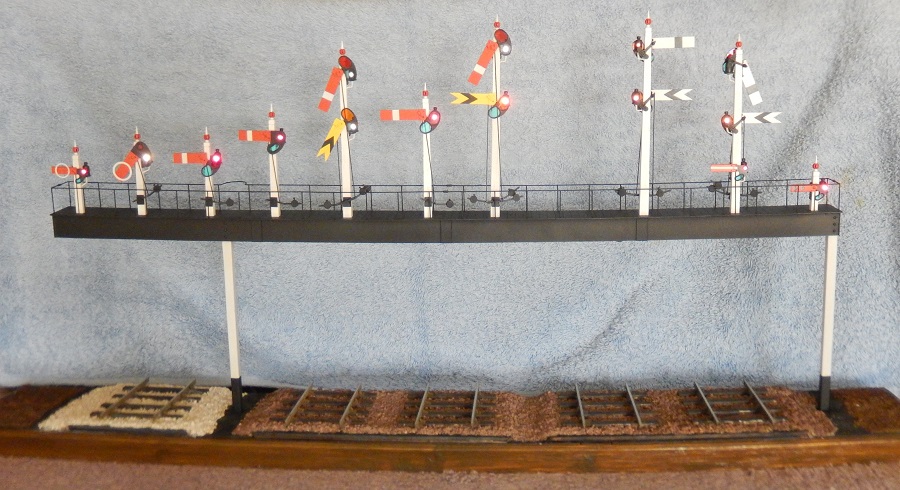 I have always been interested in signalling and signals but, not having a railway of my own, I never had a specific need to build any so I built this gantry just for the pleasure of it.

As a bit of light relief between building locos, I have worked on the occasional wagon but, about two years ago, I started to build a signal gantry and I have since been working on it ‘on and off’. The original concept did have a purpose as I had intended to build the gantry to be an ‘ornament’ to adorn my late friend’s extensive garden railway on pleasant summer running days, but that was a fair few number of years ago now. The railway had four circuits around a landscaped part of the garden and each line split into two when it entered the covered station area, so that eight trains could be handled with four running at any one time. The gantry was intended to reside outside the station throat where there was a goods line that also split into two, although none was powered.

Reading from the left, the fifteen signals on ten dolls (posts) are: 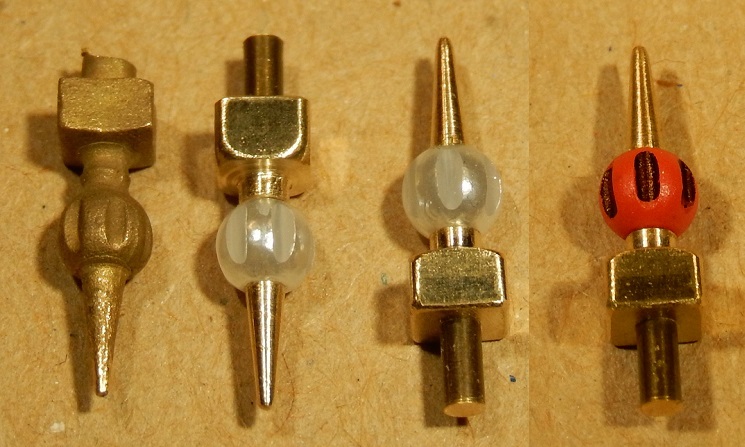 Next, I turned to the wooden dolls and their fittings. I made up brackets to take the arm spindles and, along with the lamp brackets, I glued and pinned them in place. To ‘lose’ the wires to the lamps within the dolls, I milled slots from just below each lamp to the bottom of the doll. I used five-minute epoxy resin glue to keep the wires in place whilst I applied filler to make good.

Not having etchings for the levers and balance weights, I decided to make them, using an etching from Scale Signal Supply as a guide. The levers are strips of scrap etch that I sized with a file to fit within a drilling jig to drill the small holes at the correct spacings and in the centre of the lever. The balance weights are simple turnings with the characteristic circular depressions machined into the faces with a slot drill in the tailstock; I added cosmetic retaining screws from domestic pins with their heads filed to a hexagon. 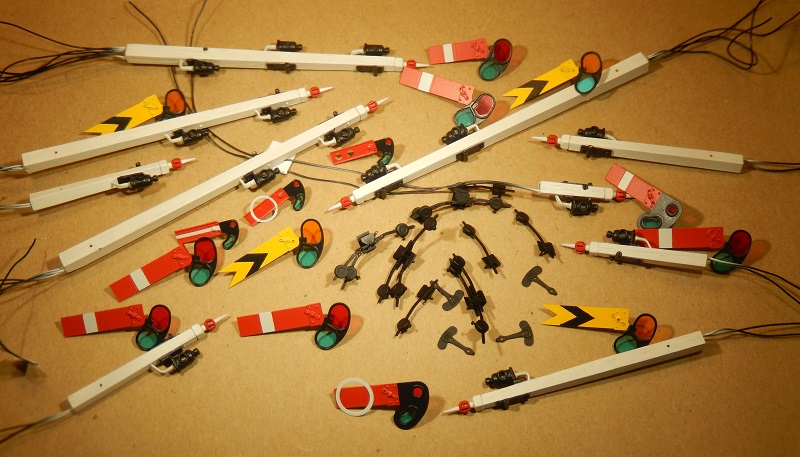 Parts for the dolls ready for assembly on the gantry

Within the original concept, as an occasional accessory to a garden railway, I would have built my model with far less detail, I would not have installed working lamps and the supports would have been just two long narrow feet set parallel to the tracks. As it turned out as an indoor ornament, I decided to build it with a wooden base and five short lengths of ballasted Finescale track. 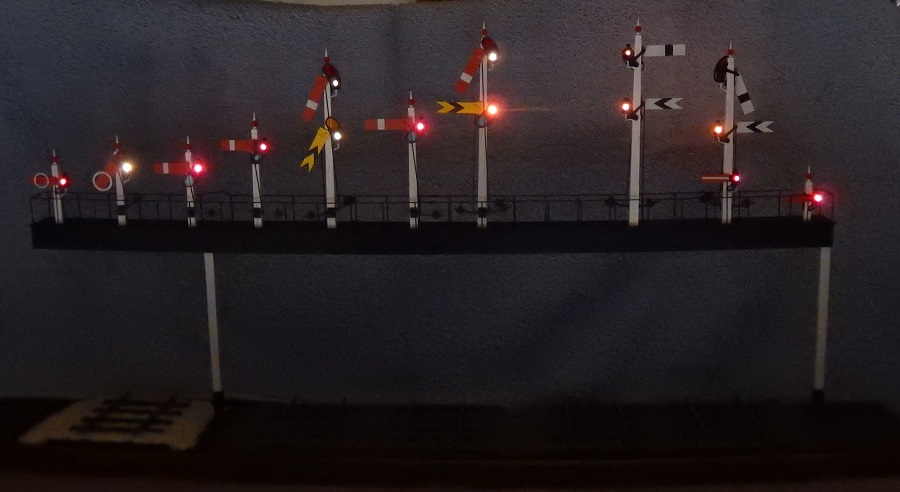 The real players in this bit of static theatre (I would like to think) are the signal arms and the fittings on the dolls so I decided to make the remainder of the gantry and the base rather more impressionistic, and certainly not accurate to GWR prototype construction. I made the beam of the gantry from three pieces of 1 mm thick plastic card, assembled as an inverted U, and I topped it with a strip of 0.5 mm plastic card that I scored with a scrawker to represent individual planks. 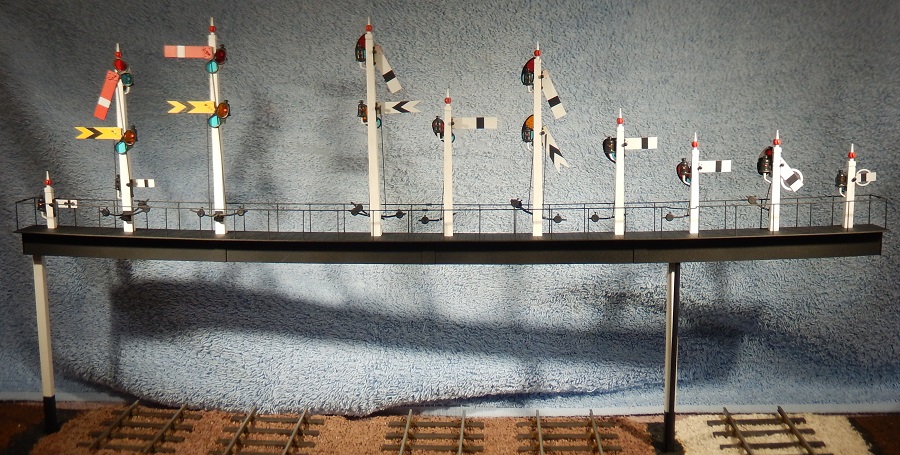 Andlooking in the Down direction

I made the handrail from 0.6 mm diameter nickel silver wire; 880 mm were required for the uprights alone. There are a few details that I might add one day, such ladders to the lamps on the taller dolls and a ladder from the ballast to the platform (I formed a suitable Ω in the horizontal handrail to accommodate it) and some brackets between the posts and the gantry.  For the time being, it will just sit on a shelf.

It’s sobering to think that, in the days before there was much electric light about, an array of coloured lights is all that the enginemen would see to pick out their road.

I am rather disappointed with green (blue) glasses in the spectacles, which came as coloured sheets with the Colin Waite etches. The blue looks acceptable in daylight, but it is not sufficiently deep in front of the incandescent bulbs to render a convincing green, soI shall experiment with a mix of varnish and dye to deepen the blue of the blue glasses.