A 7mm scale (O Gauge) model of Saint David, an early member of the Great Western Railway saint class of locomotives, built in 1907 and broken up as the last survivor in October, 1953 (more details of the prototype Saint David).  The model took 657 hours to build over 18 months (see breakdown of time taken in the building) using most of the parts from a Slater's kit but with many scratch-built additions and modifications, such as bogie brakes and 'working' valve gear (see the video clip of the inside Stephenson valve gear below).  The locomotive and tender are fully sprung and electrical pickups were added to the tender wheels to improve current collection.

See a larger view of 2920 and (below) the representation of the inside Stephenson valve gear and three video clips running on Holiday Haunts, now at Fawley Hill and in the care of  the estate of the late Hon Sir William McAlpine Bt. FRSE.

I am frequently asked ho long it take me to build my models and, other than saying "Quite a long time", I never really had answer until I kept a record whilst building Saint David.  I started building on Boxing Day 1988 and finished on Midsummer's Day 1990, so that is about 18 months of elapsed time but the actual time of building was 657 hours.  So I had been correct in saying "Quite a long time".  The following table shows where the time went. 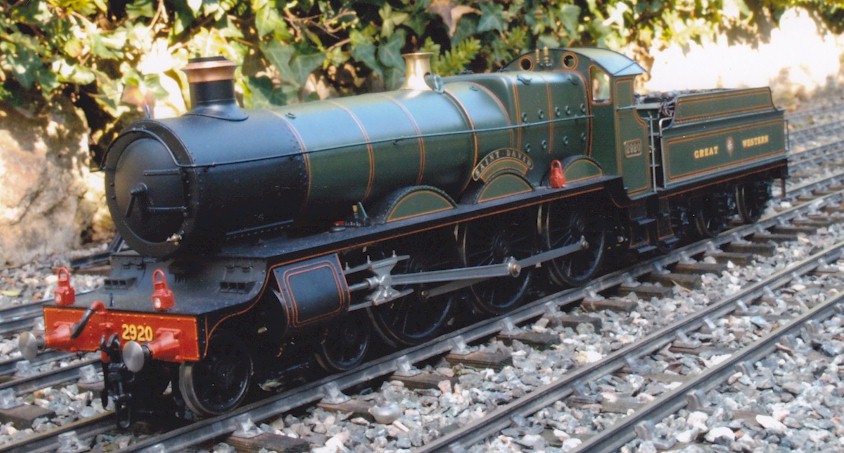