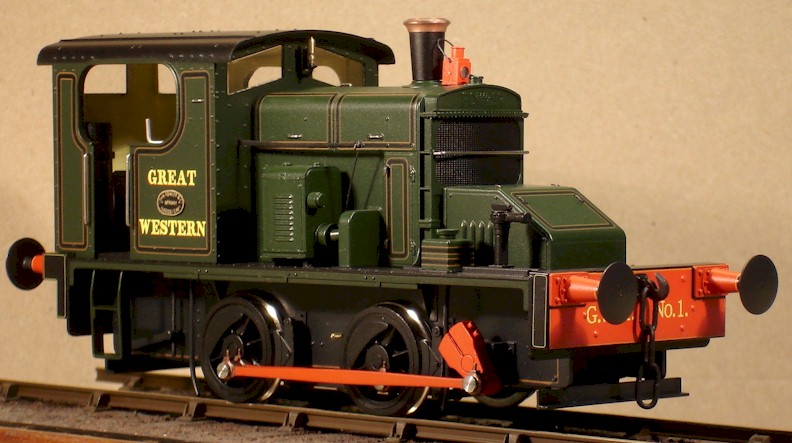 A 7mm scale (O Gauge) model of a diesel mechanical 0-4-0 built by John Fowler of Leeds in 1933 (No. 19451) for shunting at the Swindon factory.  The locomotive was powered by a 70HP MAN sux-cylinder engine with a multiple plate clutch, four-speed gear box and jackshaft drive to give a top speed of 15mph.  The prototype was sold on in 1940 and later again to the Ministry of Supply before being scrapped but similar, more powerful locomotives are Osram, at the The Buckinghamshire Railway Centre, and, H.W. Robinson at The Embsay & Bolton Abbey Steam Railway.  The LMS owned a similar Fowler locomotive with a 88HP Ruston engine (See LMS No.2). 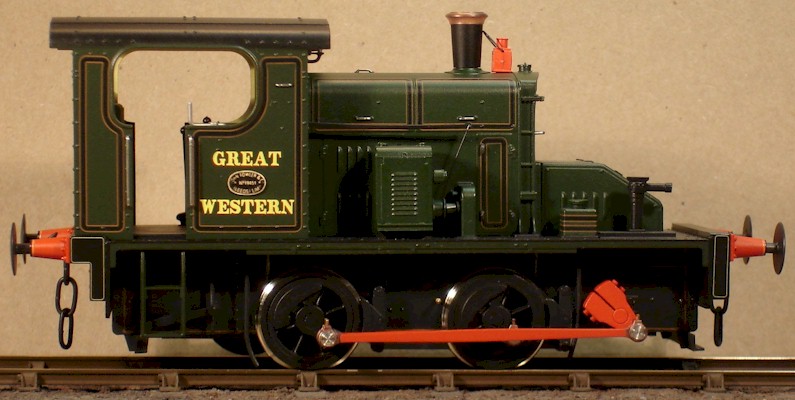 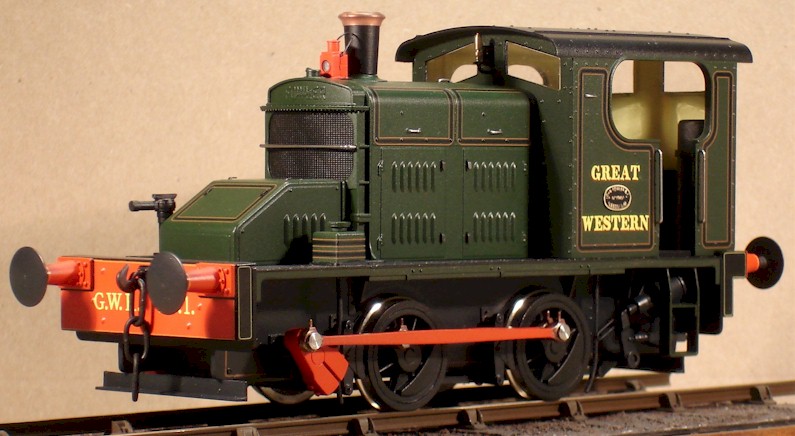 As my model was a present, I did not want to alter it too much so, apart from the modifications described above, I made only a few tweaks; in no particular order:

I varnished all parts with Floquil Flat Finish.