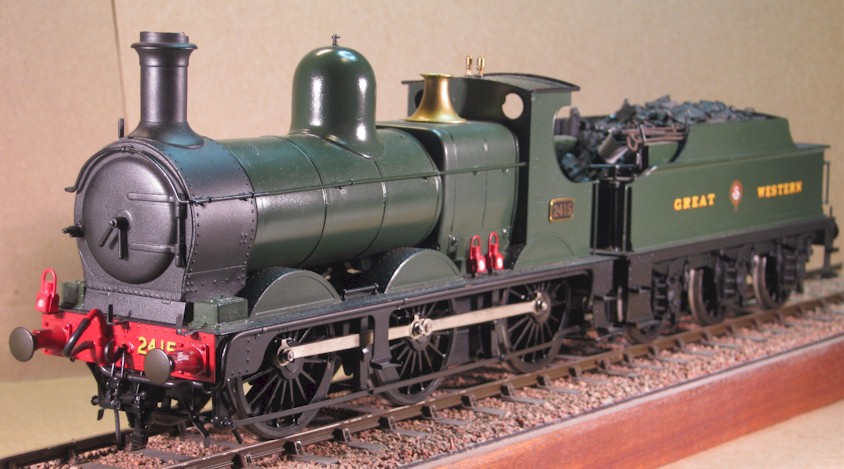 A 7mm scale (O Gauge) model of Great Western Railway No. 2415, a member of the ubiquitous and numerous 'Dean Goods' class that was originally built in 1891-2 but is modelled in its mid 1920s rebuilt condition from a brass and whitemetal kit that was formerly available from Vulcan/Underhill but is now available from ABS Zero Zephyr.  The locomotive and tender are compensated and electrical pickups were added to the tender wheels to improve current collection; after some years, the original gears became noisy and have been replaced with a set from Ultrascale.

Although I completed this model in 1987, and I have built a number of models since, it is still one of my favourites; I think there must be something about it as it often elicits admiring comments.